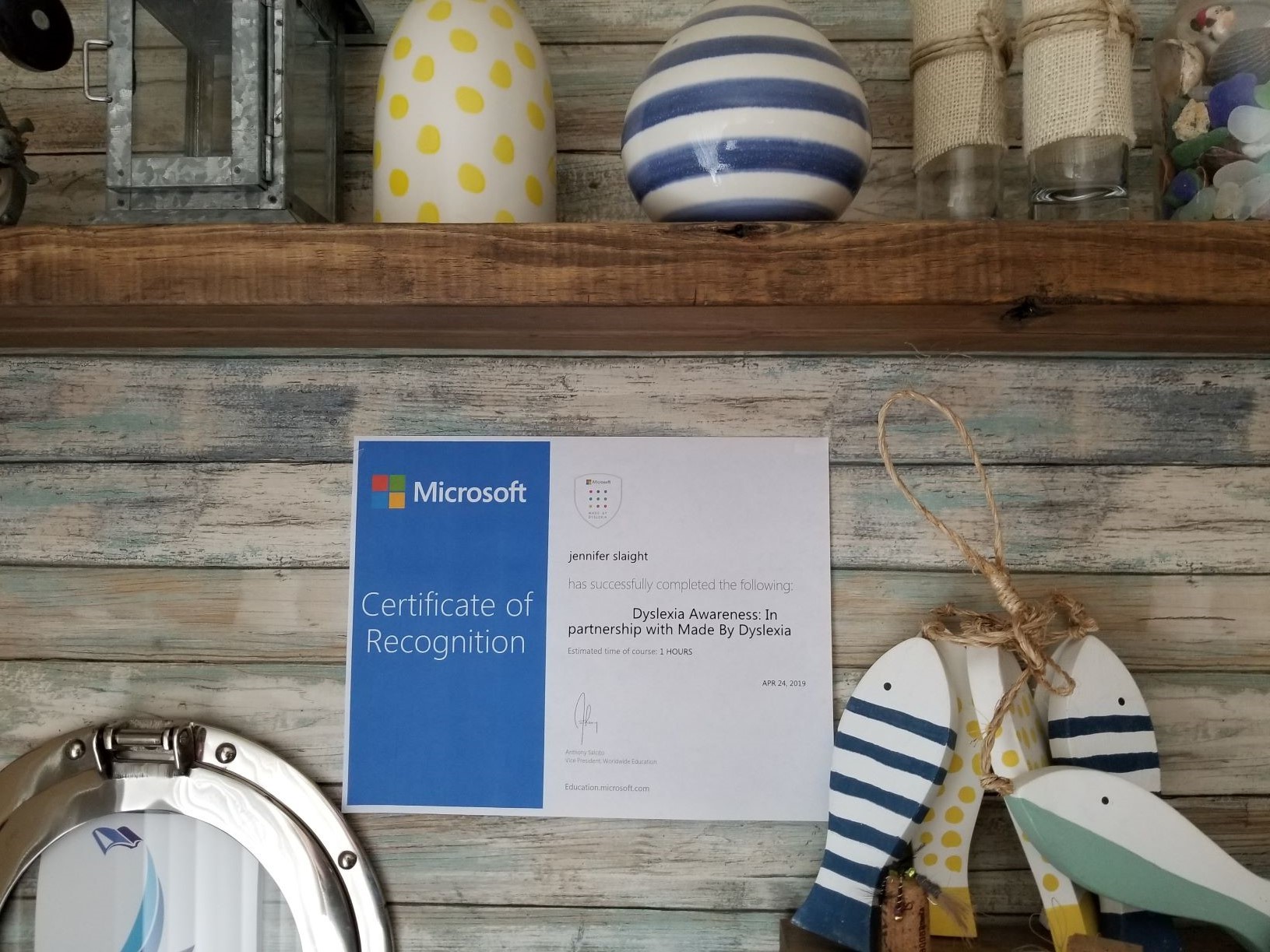 To ensure strengths, and not weaknesses define a persons life. 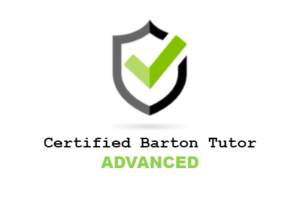 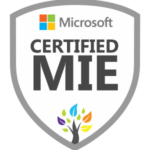 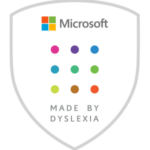 Microsoft in partnership with
Made By Dyslexia
Dyslexia Awareness Certified 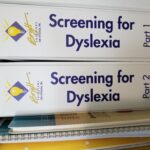 Every business has a beginning...mine started with a weakness...in reading. When I was looking to advance my career I knew I had to improve my reading skills. Little did I know that my worst subject in school, would become my strength.

I failed reading in 3rd grade. They wanted me to repeat the grade.

I was not allowed to take a second language in grade school because I had to learn "this one" first.

So, as a Staff Accountant on Wall Street, I applied the first rule of business when brainstorming careers...

Go with what you know.

I am a slow reader and poor speller because I am dyslexic. I know dyslexia. And that is how it started.

Beyond crazy to think that I now teach kids how to read with great success when reading was my worst subject.

What was it like for me, growing up with dyslexia in Rumson, NJ? Read my story below. 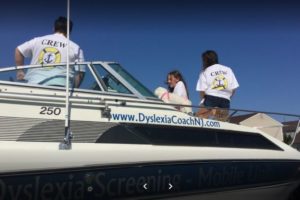 We specialize in smart people...who can't spell. And we teach by adding logic to our crazy English language. We supply a comfortable setting to learn, either online or on our boat or at the library.

As a Dyslexia Specialist, I understand the need for a multi-sensory teaching approach which accommodates different learning styles.  As an adult living with dyslexia, I also know how frustrating, tedious and mundane that learning process can be.

As a result, I believe in a non-evasive teaching philosophy while introducing real world applications.

Any Orton-Gillingham system will work, with the right instructor, but I use the BEST Orton-Gillingham program available.  I'm the FIRST certified tutor in the state using this premier system.

Many programs may only work with-in the confines of the classroom. 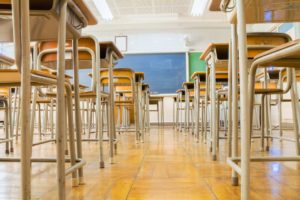 I prepare students for life after school and success beyond the florescent lights.  I teach them how their brain works, and give them tools so they can independently use their strengths to overcome weaknesses . . . in any setting.

My story on growing up with dyslexia in New Jersey...

I grew up in the 'one way' education system. Back then, in the 80's and 90's, schools had a single method of teaching and it was either their way or... you were placed in the special education class, where I remained from 3rd through 10th grades.

I have struggled with reading since the 3rd grade. Often, teachers would tell me that I did not "work up to my potential". It was a polite way of calling me lazy. I was not lazy at all, but I sure was stubborn. If I did not want to read, I was not going to, regardless of the consequences.

In 6th grade, my class had 20 minutes of daily solitary reading before we would go to music class. I dreaded those 20 minutes. It seemed like the clock would stand still. 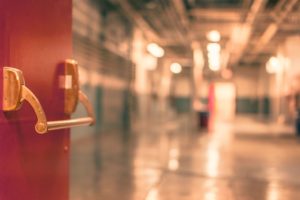 In order to get the clock  moving faster, I would genuinely try to read. However, when I reached the end of the page, I had no idea what I had just read. Most of my time was spent re-reading. Too much energy was used just to decode each word on the page. I would get stress headaches and my eyes would hurt from staring at the white rivers on the page. I would often need to look out the window just to "stretch" my eyes.

My 6th grade teacher took note of my frequent glances out the window and the fact that I had not turned a single page. She confronted me in front of the class for not reading and I simply did not say a word. My punishment was to stay behind for the last half hour of school while everyone else went to the pizza party in music class. Even my teacher stepped away for the last 10 minutes to go grab a slice, leaving me in an empty, silent classroom with just the ticking of the clock to keep me company. I welcomed the break when she stepped out. I sat up with my arms crossed and both feet dug into the floor. If she thought I was stubborn before, now she was in for a rude awakening.

The only lesson I learned from this "tough love" approach was to read even less! It was when I would actually try reading, that I would get caught not reading. From then on, I made an art out of  staying below the radar. I learned how to bury my face in a book,  with my hand on my forehead, and keep my head down. If I did not even try to read, then there was no need to look up as often. I simply mastered the skill of the timely 'page turn'.

I was basically being punished for trying to read, so I was not going to make that same mistake again.

Whatever my 6th grade teacher was trying to teach me that day did far more harm than good. I was no longer only frustrated, but now I was angry as well. It was then that I developed a shear hatred for reading and everything associated with it.

The very next year, in 7th grade, I was finally diagnosed with dyslexia. The guidance counselor told my parents that I had a "left/right" problem and that my brain needed to be "re-wired".  The general understanding was that I needed to work harder, and that was it. That was the extent of my dyslexia remediation.

Fortunately, I am a survivor of the system. I succeeded despite a system that did not accommodate my learning style. The same stubbornness I acquired on that 'pizza party' day in 6th grade, supplied me with a strong determination to succeed. I simply was not going to let something that I hated stop me from achieving my goals.

I ended up with a C average in high school, which is funny because I rarely ever got a C. I was more of an A/D student, which gave me a high C average. Math, Science and Accounting were my strengths. History and English were my worst subjects, for the obvious reason.

It was not until my senior year of high school when my English teacher finally taught me to read. I began with an F in his class and not many people scored better than a C historically. He was a highly demanding teacher. The second half of the year, I received all A's. Only a few people, from all of his classes, earned A's. Of course, I ended up with a C average when I never actually got a C!

I excelled at Shakespeare. I was really good with symbolism and  loved the detective work regarding the underlying stories in Hamlet. One word in a whole paragraph, when not taken literally, could change the whole plot of the story. Of course, I loved the imagery because there were no words! I was a magnet for finding those suggestive words that Shakespeare threw in for a double meaning.  One Flew Over The Cuckoo's nest was another favorite filled with symbolism.

I was 18 and for the first time, reading was actually fun and worth the effort. Reading was no longer two-dimensional, as I learned how to get the words off the page and attach them to my three-dimensional learning style by using imagery. I also learned how to link new information I read to stored experiences so I could recall the information faster.

Thanks to my high school English teacher, my reading skills went from seeing just letters on a page to recognizing words with meaning.

How Did I Succeed?

I accepted the fact that not reading, was not an option. So I quickly developed short cuts:

None of these adopted skills were taught to me and there were no books on the subject that would have helped at the time. It was a shear determination to succeed.  I didn't let reading inhibit me. I wasn't going to let something I hated, stop me from the things I enjoyed, or limit goals I wanted to reach.

So, in the end, I did in fact work harder by developing my own shortcuts and utilizing my strengths (which I did not even know I had). I never used dyslexia as an excuse or crutch and I still do not believe in labeling.

It would have been nice, however, to know the benefits dyslexia has instead of just knowing it as a disability. And I learned I am not "learning disabled". "Reading disability" I can live with...but LD is just a wrong label.

My objective is to make sure that no one with dyslexia goes through 18 years of self teaching, learning through trial and error, like I did.

Today, neuroscience has taught us the many benefits that come with dyslexia. Utilize your strengths to overcome your weaknesses. Thankfully, dyslexia provides many strengths.

Dyslexia might have kept me from a pizza party back in 6th grade, but that was the last time I was going to let it limit any achievements. I just wish I did not have to do it all on my own.

And 'they' thought I was average 😉

Amy Gibbs is one of those rare personalities who lights up a room when she enters.  She radiates a sincere warmth and is a magnet for amazing people.  Her true passion is helping others in need.

She has worked hands-on for Habitat for Humanity. She most recently helped an elderly couple return to their home after Superstorm Sandy made it inhabitable.

Amy has been a foster parent for years and she even adopted 2 children.

In finding resources to help her son with his academic struggles, she was able to identify her own learning style. Although she was an A/B student, she did struggle with reading and spelling, but Amy demonstrated amazing strengths when it came to being a natural athlete.  She is great at trouble shooting to solve problems, she is a holistic thinker and excels working in a hands on environment. Amy is great with design and seeing the big picture.  These known strengths are classic signs of dyslexia. She clearly had an unexpected weakness when it came to language processing and her strengths far outnumbered that isolated weakness.  Her learning style is called dyslexia.  She just didn't know it at the time.

Her professional business background and hands on approach to learning, lead her to helping raise awareness in the field of dyslexia.

Amy always knew she was 1 in 5.  But because her dyslexia was not severe, she just thought she was 1 of 5 sisters.  Today, she owns being 1 in 5 in every way.  She owns her dyslexia and credits that learning style for her success.

Amy Gibbs is now a Dyslexia Testing Specialist and Private Reading Tutor. Nothing gives her greater fulfillment than making a positive difference in the lives of her students.

Amy has completed and intense 60 hour, exclusive seminar, on Screening for Dyslexia.  She applied this formal education to what she already knew.

Dyslexia is an island of weakness in a sea of strengths.

We tutor students online, around the world and help them overcome reading barriers, usually caused by dyslexia. 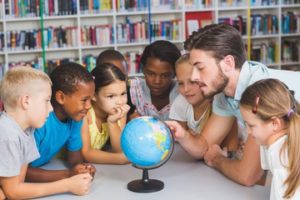 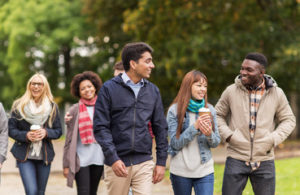 Contact us for our Parent Action Plan on what you need next...